I have always enjoyed science; so much, in fact, that I taught Anatomy and Physiology for two years as part of a Massage Therapy program. My favorite systems to teach were the Digestive System and the Cardiovascular System. The former is just a huge tube along with accessory organs that moves food through to break it down for energy, growth, and cell repair. The later system allowed me to utilize blue, red, and purple dry erase markers to demonstrate oxygenated vs. deoxygenated blood—as a visual learner, it seemed quite simple to teach using this method. I would often remind students that what we were learning was a system and that there are always individual differences. I’m sure some can still repeat the mantra I so readily quoted: “Every body is different.”

It is the similarities and the differences that I find intriguing. Several years ago, I was interested in understanding more about my own genetics so I completed a DNA test with 23andMe. I was particular curious to know if the family stories about heritage aligned with scientific evidence and if I carried the marker for Alzheimer’s disease (I do not). My father’s side of the family (Musick) was believed to be Scotch-Irish and Mom’s side (Slater) was English. When the results came back, my DNA indicated that I am, indeed, 55.1% British and Irish. What was a little more surprising to me was rest of my genetic makeup: Scandinavian, Ashkenazi Jewish, and West African to name a few. It is fascinating to me that all of this ancestry composition wonderfully makes me! 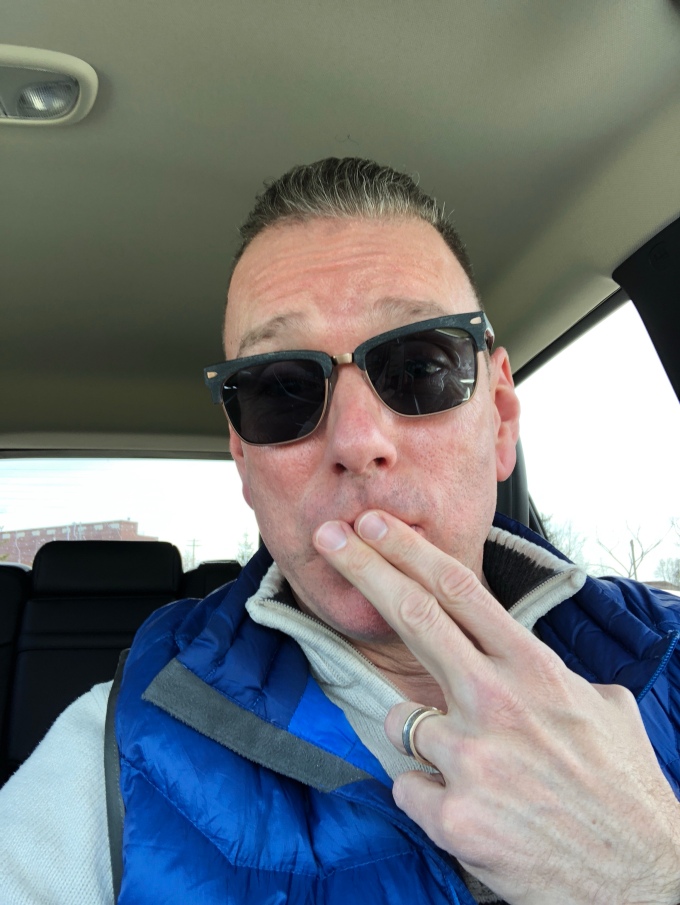 Goofing off the other day, I snapped a picture in my car. I am always struck at how there are times when I clearly see my father’s face in mine (especially the eyes) and then there are other times when I see my maternal grandfather’s face, Papaw (it’s all in the cheeks). This picture caught my attention not because of the face details but because my hands are visible with two fingers in an almost peace sign placed across my lips. In this picture, I see Papaw’s hands—wide palm and long, thin fingers. It caused me to think of the last time I saw and touched Papaw’s hands. 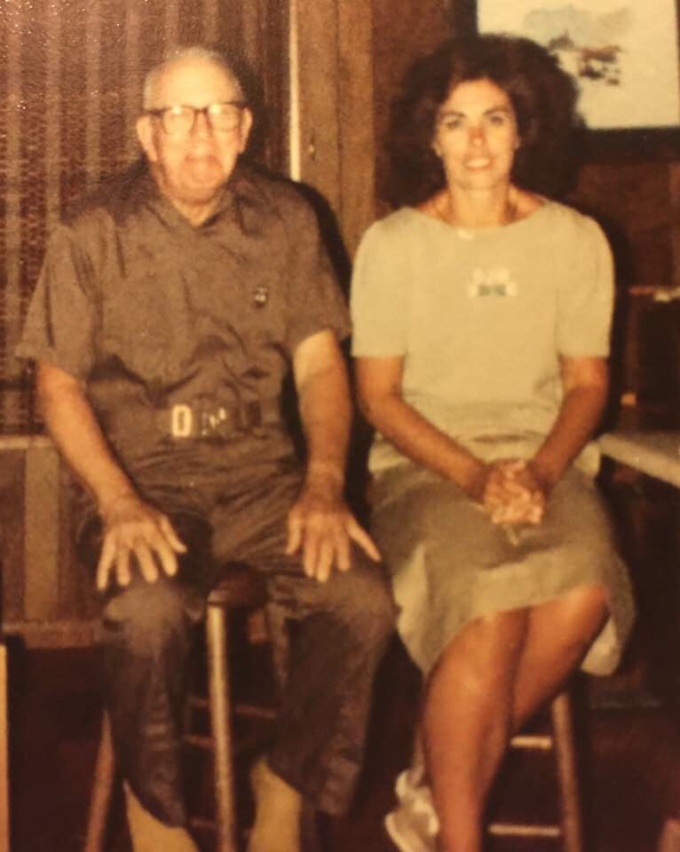 He was in the last stages of Alzheimer’s and confined to a nursing facility in Russell, Kentucky. This was the “nice one” as those of us in the family called it because he had been in an older facility across the river in Ohio. When I entered the room with my own young kids in tow, I noticed how peaceful he looked curled in fetal position with his hands on top of one another in prayer-like pose while the white sheets draped him in warm comfort. The room seemed especially bright but it was in the middle of the day so that was to be expected. I walked over to his bedside and spoke to him. His eyes were closed but I could see there was almost imperceptible movement just below his lids. I continued talking to him telling him who I was and that the kids were with me. I had no expectation that he would awaken or recognize me. I noticed his top hand, long fingers, pat his other hand. I slid into the chair beside his bed and slipped my equally large hand between his wide palms. A smile etched across his lips and he slowly began patting my hand. It was as if to comfort and to tell me all was good. Tears welled up in my own eyes as he continued to gently move his hands to the rhythm of an imperceptible beat. I felt a deep sense of security and loss as our similarly shaped hands rested into each other. It was as if both of us recognized this was a final moment together. Several weeks later, he left the grips of Alzheimer’s and slipped into the ethereal world.

We are made up of many tribes and experiences so it is nearly impossible to approach our identity from a purely biological perspective. I see physical attributes of my father and my grandfather. I exhibit behaviors and personality traits of my mother and grandmother. My sisters and I love to point out how we act and look like parents and grandparents with humor. My oldest son is the spitting image of me, my younger son has my sense of humor and just enough of my curly hair to give him great volume, and I marked my daughter with the same INFJ personality. It is amusing and heartening to know I share these traits with other family members; yet, I am uniquely me. So, I take time today to meditate on the precept that I am fearfully and wonderfully made…and, so are you, my friend.

2 thoughts on “Fearfully and Wonderfully Made”